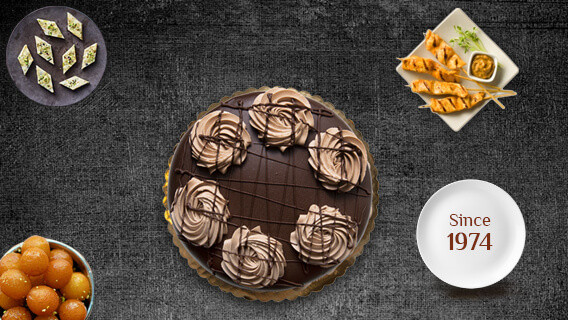 Memories of hot, crispy porottas for some and steamy momos on a snowy day for the others. Butter soft, mouth-watering pastries and confectionaries play along in the background and sometimes in the main course. Perhaps there is no other flour that holds as many flavours and distinct sentiments to food as Maida!

Refined wheat flour, or the ‘all-purpose-flour’ as somebody rightly named, Maida is smooth, white powder inescapably found in almost all the kitchens, restaurants, and bakeries. As the name suggests, it is heavily refined wheat flour. The wheat flour made from whole wheat contains the germ, endosperm, and bran of wheat grains. Maida is the refined form that contains the endosperm- the inner most part alone.

The processing of wheat flour happens in several stages. The clean wheat is conditioned and broken to separate endosperm from the bran. In four to five stages of milling, wheat flour of different composition and particle sizes are produced. The flour thus produced is sorted into whole meal (atta) and semolina (sooji). Further milling and filtering results in the production of Maida. They are essentially made from the innermost part of the wheat grain that doesn’t contain any fibre, giving it naturally off-white colour.

Atta and Maida are the two most commonly used wheat flours in the Indian subcontinent. Since the milling process used to make Atta fairly damages the starches and proteins in the flour, a loaf of bread or naan made from it tends to get dense and crumbly. Maida on the other hand has high stretchability that makes it the finest choice for making bread, bhatura, noodles, pizza base, shawarma wraps, samosas, cakes, biscuits, mitthais and other snacks. It blends well with other flours too. Sometimes small proportions of Maida are added to Atta while cooking to get the best of both worlds. It is also used as a thickening agent for curries as well as other batters making it one of the most versatile ingredients in a cookbook.

Why is Maida so soft and desirable? In both Atta and Maida two proteins- glutenin and gliadin are present. They form a stretchy and elastic structure called gluten that traps air. When water is added to Maida, they form stronger gluten structures than Atta, making them soft and light. Thus, snacks made from them can be both crispy like samosas and soft like buns. This attractive quality makes them the chef’s favourite. Crunchy cookies and rusk are truly treats even when fallen ill and such small joys would have been unimaginable if not for these magical properties of the flour.

1 cup of Maida contains 496 calories, 11 grams of protein, 107 grams of carbohydrate, 2 grams of fibre and 1 gram of fat. The calories in it makes snacks made with Maida like biscuits, sandwiches, wraps quick and easy energy bites. In different shapes and flavours, it had thus become an inevitable part of everyday lives. Mother’s foods offer the best quality Maida in the market.

While it offers the possibility to experiment with dishes, desserts, and snacks, it is equally important to identify the quality of Maida entering the kitchens. They usually have a soft, creamy appearance. Too chalky-white appearance suggests that it has been bleached. Natural bleaching occurs sometimes when they come in contact with atmospheric oxygen. However too white form indicates the use of bleaching agents in production process. Mother’s foods produce unbleached Maida, free of any harmful chemicals, making it the best choice in the market. Processed from good quality wheat grains, they have naturally creamy texture. Inherently Maida is moderately sweet, and any item made out of it retains this taste until they are blended with other spices or flavours. A bitter taste when cooked indicates that the flour has been made from old wheat.

In India, Maida’s popularity was born during the food shortage of wheat during the second World War. Through this period, food made of Maida flour became the easily available, tasty food that is very flexible to fit into the cuisine of any region. During the World War II, some of the wastes of wheat and flour of cassava tubes were used for making Maida. Today, it is not celebrated for its easy availability or affordability alone. It’s flexibility, taste and texture are unmatched.

Is there another flour that fits crispy parotas, fluffy naans and kulchas, airy-soft loaves of breads and pastries, crunchy-chewy pizzas, crusty coating of fried foods and noodles and pastas equally aptly? One flour to charm so many dishes make Maida the all-purpose flour. In some parts of the world like North China where wheat cultivation is more prevalent, the staple food includes noodles, dumplings, steamed buns and pancakes. Since most of these dishes are made using Maida entirely or in 70:30 proportions, it thus becomes a large part of the food culture of the region. In Kerala, most snacks like pazhampori, sugiyan, bonda and festive dishes like cakes, puddings are made using Maida. The tasteless white powder magically transforms to a multitude of forms.

A healthy life is not equivalent to imprisoning the joys of life. Eating everything in moderation is the key to leading a healthy lifestyle. Maida is not a magic food. It isn’t a villain food either. It is possibly the most humane food that accommodates the special cuisines of the rich and poor alike. It offers the possibility of making the tastiest of dishes with minimum ingredients as well as exquisite dishes in multiple layers. The unbeatable taste and flexibility to become soft, chewy, crispy, light and the easiness to handle and cook makes Maida an unbeatable ingredient. Since it has become an inevitable part of daily life, pairing Maida made dishes like naan with salad fillings and sprouts or a biscuit with fruits and nuts helps to balance cravings and maintain a healthy diet.