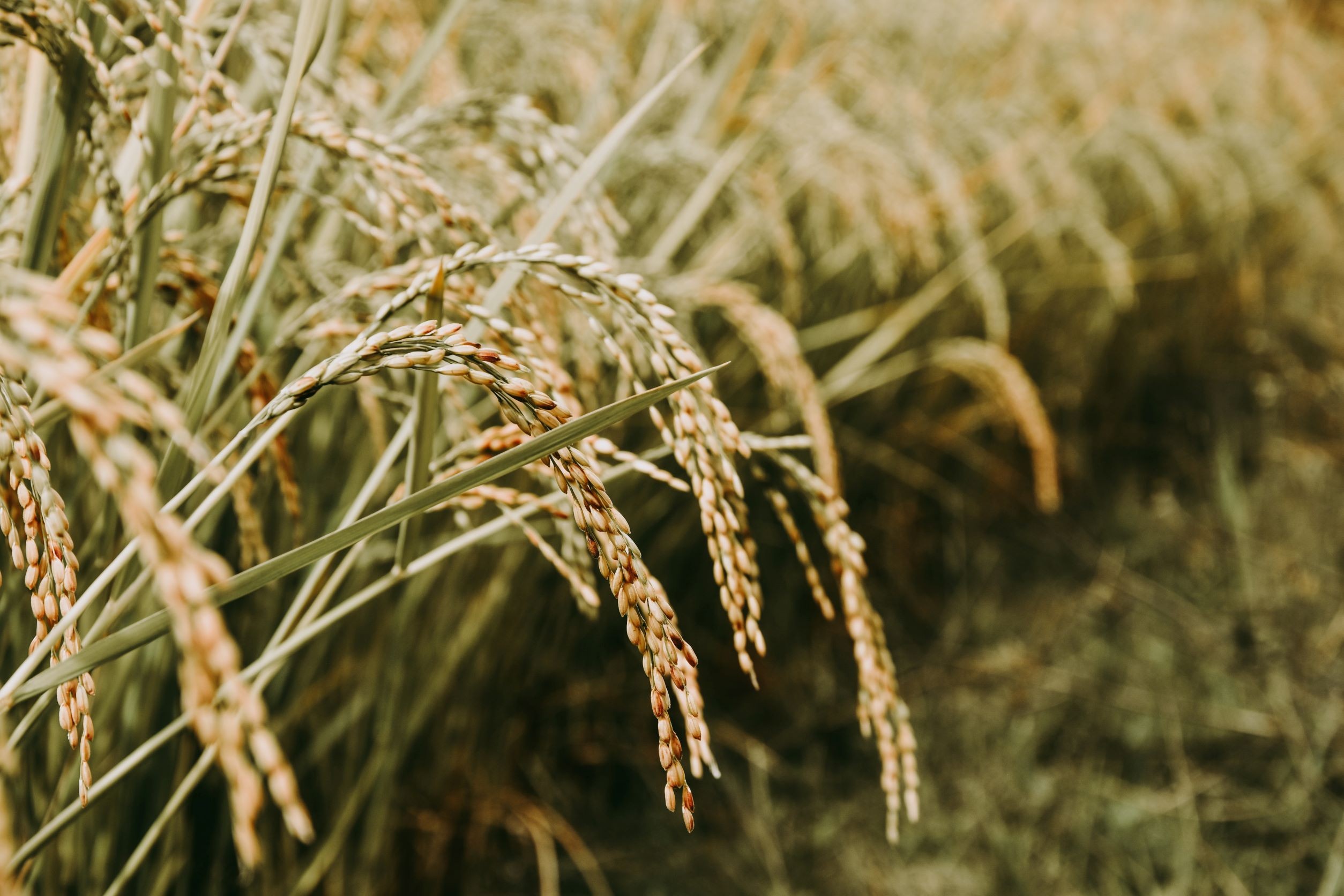 A cereal so pivotal that roughly half the population is dependent on it. Oryza Sativa, popularly known as Asian rice, is among the most widely consumed staple food in all of East, Southeast Asia, and South Asia. The cultural and historical significance of the plant unifies different geographies and civilizations, strengthening the ties through shared cuisines and rituals, making it one of the greatest game-changers of all times.

The domestication of rice can be traced back thousands of years. Sources claim that early evidence of cultivation of crops can be traced back 7000 to 5000 BCE. Eastern provinces of China and the Ganges of India are ancient rice hubs and evidence has been found from these regions for rice cultivation in the BCE era. Rice crops flourish on standing water and require long periods of sunshine. Thus, the hot, and humid climate of these regions are favourable for high yield. Today, West Bengal, Uttar Pradesh, Andhra Pradesh, and Punjab are the leading producers of rice in India, making the country the 2nd largest rice producer in the world.

The rice plant typically grows from 1 to 1.8 m. The bunch of edible seeds at the tip of the plants are the grains. The rice yields vary considerably from 4,000 to 7,000 kilograms per hectare and is primarily regarded as a ‘kharif’ crop in India.

Long strands of golden seeds stuck to hully pouches on slender leaved plants. The magnificence of rice is radiated from its very appearance because of which it often symbolizes prosperity in several cultures. Its consistency is also very flexible, offering different modes of preparation and consumption. It can be cooked by boiling or steaming and is also ground to flour. Rice is consumed alone or with a great variety of curries, side dishes and soups. Breakfast, lunch, dinner, snacksthis cereal fits rightly into the mould offering the possibility to discover and reinvent cuisines. Alcoholic beverages are also made from it. Even the rice water, the starchy left-over water after soaking or cooking rice, is celebrated for its skincare benefits and as a remedy to damaged hair

In Kerala, Rice is omnipresent in every sense. Almost all Kerala dishes include rice in different forms. Breakfast dishes like Aappam, Dosa, Idiyappam, Puttu, Pathiri are made of rice. The presence of rice is inevitable in a Malayali lunch cuisine. The showstopper itself is rice surrounded by different curries and side dishes. Various traditional snacks like Uniappam, Kozhalappam,Neyappam, Murukku, Ariunda, Achappam, to name a few are made of rice grains. Moreover, the grain is also a very crucial part of tradition across all religions. Malabar Muslims have the custom of rice pounding as a part of their wedding custom called Arikuthu kalyanam. The traditional Hindu-Brahmin rangoli called Kolam which is drawn in front of the house for any auspicious occasion is made out of rice powder.

In several south Indian states, especially Kerala and Tamil Nadu, excess cooked rice is preserved in households through sun-drying, roasting and preparation of papads. Among the rice cuisines, the most exquisite form is the South Asian dessert popularly called Kheer in the north and Payasam in southern states like Kerala. The versatility of the cereal makes it the magic crop. Can there be a substitute for rice from Sadya to Sushi?

Rice processing had been traditionally observed through methods like beating, hand-pounding in a mortar with pestle and fanning away the hulls. The finely broken-down rice grains from the process are particularly reserved to make gruels and desserts. Several folk music and dance have their origins rooted in these practices making rice cultivation and consumption culturally enriched motifs.

Follows similar segregation of the grains based on the level of processing. The harvested rice is enclosed with the hull as well. So, during the milling, hull and bran layers of the kernel are removed. Rice that is produced only after removing the husks is called brown rice and brown rice contains 8% protein, fats and thiamine, niacin, riboflavin, iron and calcium. Rice milled to remove bran as well is called white rice and compared to brown rice white rice has lesser nutritional value. Mother’s foods, Kerala’s leading agro-food industry is specialized in producing premium quality rice and rice products.

In Indonesia, Dewi Sri is the traditional rice goddess. Dewi Sri is worshipped by the Javanese, Balinese, and Sudanese people. Most rituals involving Dewi Sri are associated with a mythical origin to the rice plant. In other South-east Asian countries such as Thailand, Cambodia, and Laos, different folklores are attributed to the origin of the rice plant, and deities are worshipped. In certain regions of Malabar (Kerala), rice payasams are made following the first harvest of the season and served to the ants in the belief that it would spell fortune and protect the rice seeds for the next season. Rice thus takes the central place in most auspicious occasions. Acting as a guardian of cultures, the cereal erases the lines and unifies the world into one, standing up in its distinct flavours and aromas.

Being the principal food of the earth, rice plays a significant role in shaping human evolution. The earthly flavoured bland tasting grains mixes well with any taste be it sweet, sour or spicy. Be it on a banana leaf or dripped in sauces, it leaves a tint of satisfaction on the tongues and makes the food experience complete! And thus the importance of the cereal is unparalleled