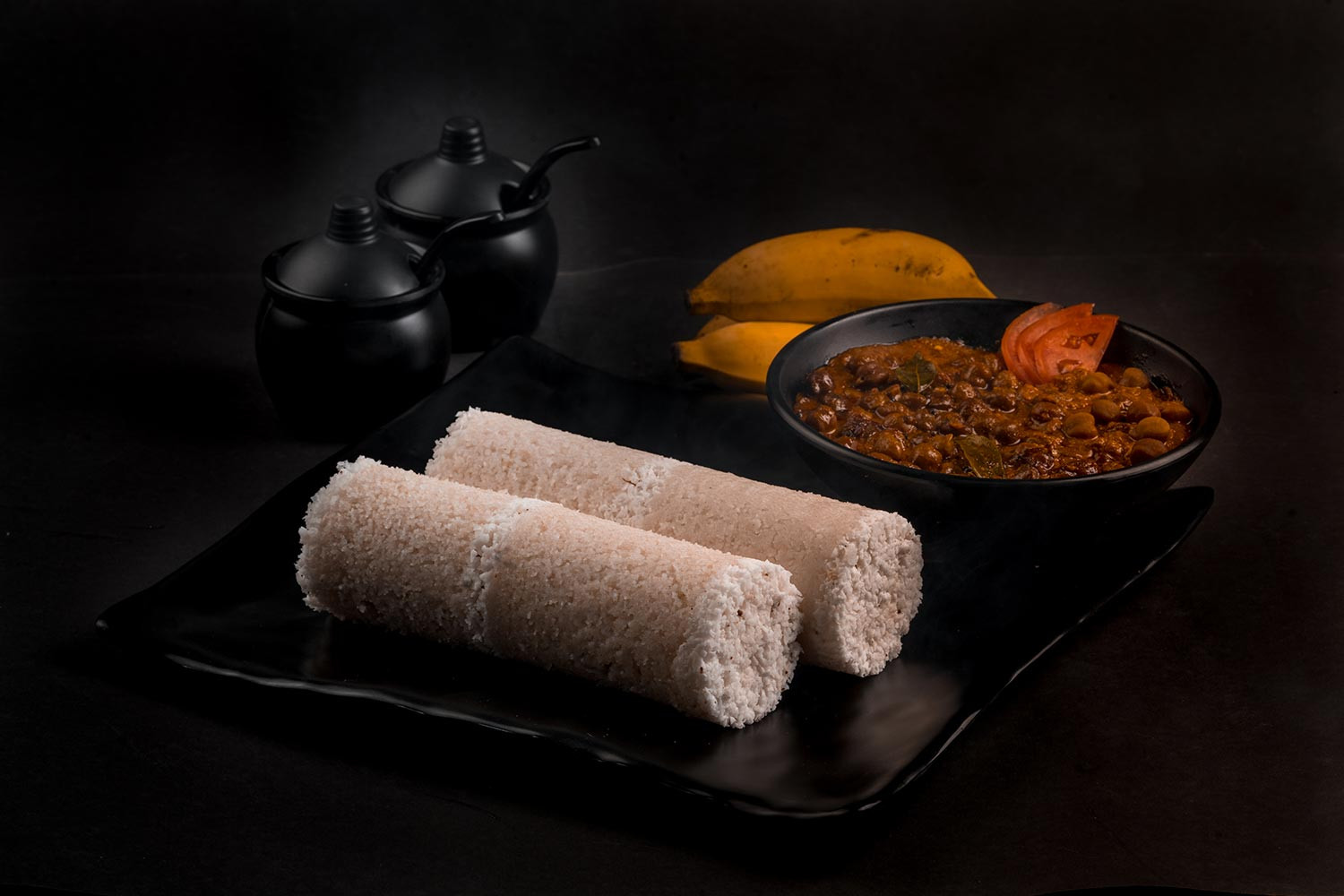 Imagine a plate of hot steamed puttu with Kadala curry and coconut oil fried pappad, the combination is every Malayali’s favourite and evokes a sense of belonging for many.

It is no secret that puttu is a celebrated breakfast in Kerala and we consume it with kadala, cherupayar (green gram), fish, chicken, beef just to name a few. From modern-day social media influencers to literary figures of Kerala, have talked about the tenderness and the sheer pleasure of enjoying the steamed cake. Puttu consists of rice and coconut grating which is then steam cooked making it a healthy choice as well. Traditionally, it was cooked with a bamboo stick (Kuzhal Puttu) and coconut shell (Chiratta Puttu).

As of now, the puttu as we know is widely used in Kerala, Tamil Nadu, parts of Karnataka, Sri Lanka, and Mauritius. Nevertheless, foods that resemble puttu can be found in maritime southeast Asia. In Indonesia it is known as kue puttu, in Singapore as puto bumbong and in Malay as puto pring.

The rich cultural history shared by south India and Southeast Asia might have helped the people of both places to come up with their own variations of the snack. Today, Puttu is found in many forms including Chemba rice/wheat/ragi/oats/corn. Mothers Agro foods have a plethora of Puttu options to choose from including Chemba, Wheat & Rice.

Tales of the hot steam cake can be retrieved from manuscripts as far as the 16th century. However, the history of the food is disputed and many cite different origins including Portuguese, Tamil, and Kerala but what we should acknowledge is that it has a very diverse history and has undergone many changes throughout history. Whatever the narratives are, it’s a delight to enjoy this delicacy and one will certainly go “ vaa vaa Putte vaa puttundengil pinnenthaaaa”